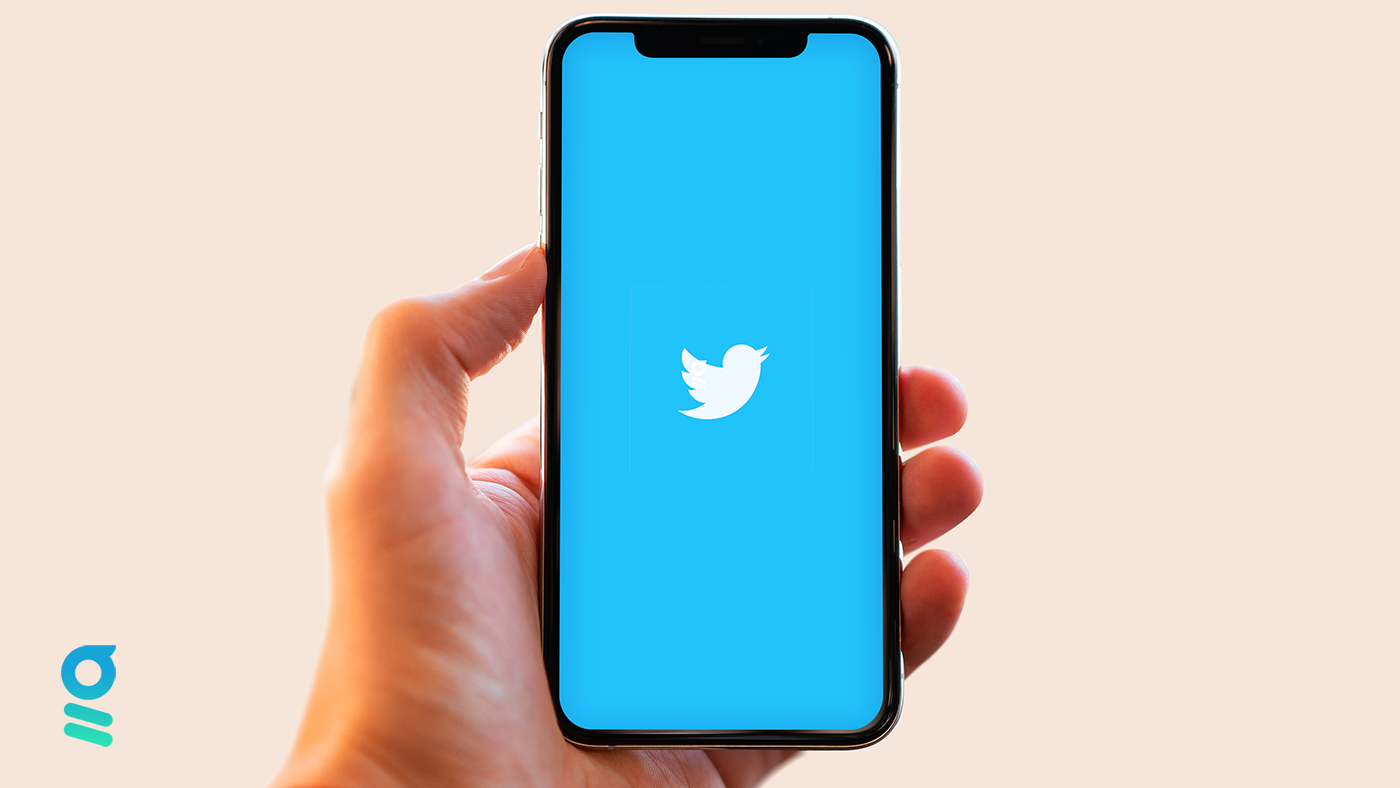 How to use Twitter for Growth Hacking? There are several tactics to generate leads through the bluebird social network. In addition, many tools are being developed that allow you to automate certain tasks to increase your growth. Here's a quick overview of what Twitter has to offer in terms of growth hacking.

Before we look at Twitter growth hacking techniques and tools, let's ask ourselves why we should use Twitter to generate growth. There are X number of reasons.

The first is the size of the social network. If we take as a definition of Growth Hacking the will to generate growth by using the most efficient levers available, and if we consider that Twitter is the third largest social network in the world, we quickly understand the interest of this lever. In France, there are nearly 13 million active users every month. By comparison, LinkedIn is struggling to reach 11 million. Facebook has 40, and Instagram 21. Twitter therefore offers a huge audience, with profiles that are slightly different from other social networks.

The other interest of Twitter is the capacity that the network offers to reach Internet users interested in certain subjects. Unlike other networks such as Facebook or LinkedIn, on Twitter, anonymity is king: users operate behind a pseudonym. On the other hand, their news feed, their followers, their "likes", are a clear indication of their interests. As on Facebook, you can therefore easily interfere with communities and groups of enthusiasts. Twitter's algorithm is designed to bring up content that is likely to be of most interest to users according to their profile. The most obvious element of this is undoubtedly the concept of TT or Top Trends. Twitter offers users the latest trends according to their tastes and interests. The algorithm works for you: if you know where and how to position yourself on Twitter, the network will automatically give you visibility.

Twitter therefore offers you a large audience, which you can target with well-defined interests. Perfect for meeting your growth marketing objectives. Whether you're looking to generate visits foracquisition, or directly convert users, Twitter has features you can easily exploit. Let's discover together Y growth hacking techniques on Twitter and the tools that exist to implement them!

The strength of Growth Hacking is that it is based on new and original techniques and tactics. The aim is to divert a feature from its original purpose and turn it into something more powerful. In contrast, Growth Marketing is based on recurring and more traditional systems, such as the use of social network advertising. When you want to do growth hacking on Twitter, there are two possibilities: either you look for new tactics yourself, or you find out what is already being done. Today, we offer you X Twitter growth hacking tactics that have already proven their worth.

Increase the visibility of your content to your followers

The first technique we will study is to increase the number of views on your content among your followers. Indeed, on Twitter, as on many other social networks, your reach is limited as soon as you have a community of a certain size. Moreover, on Twitter, everything moves very fast: that's the concept of the network. Many people will not have the time to read all your tweets.

To overcome this, there are two very slightly different techniques you can use.

The first is auto-retweeting. You can retweet your first tweet like any other content. This will give your tweet a boost in engagement: either your followers will have already seen it and remembered it, or they hadn't seen it before and you increase the chances of it appearing in their feed.

The second technique is to retweet by adding a comment. Here again, you will increase your visibility but you also have the possibility of adding additional information or a modification to your old tweet. You will not be seen as a spammer by your visitors.

Increase your followers with automated interaction

On Twitter, there are several techniques for interacting with other users: bookmarking their posts, retweeting them, adding them to lists, following them... Each time you interact with them, the accounts receive a notification: they are therefore aware that you have noticed them. On a large scale, interacting with other accounts allows you to receive interaction in return, and notably followers.

To take this to the next level, there are ways to automate these processes. For example, you can base your marketing on key terms that are important to your business. Each time a tweet mentions this key term, a script can add it to your favourites, follow the person or even send them a message. Be careful with this last point though: you don't want to look like a spammer.

Use your competitors as a database

Follow your competitors, and find the accounts that follow them. You can then add them to your followed accounts yourself, send them messages, or add them to lists. Nothing could be easier. Many tools and scripts allow you to get these lists of Internet users in a few clicks. We will present some of them in the next part, talking about useful growth hacking tools for Twitter.

This is a very powerful feature, as it allows you to create a list of qualified leads. You can get followers of your competitors, but also followers of accounts or media in your industry. For example, if you're a cosmetics marketer, why not search the lists of influencers in your industry? If the editorial line of an influencer corresponds to you, his or her community will constitute a prospect base!

This is a technique used a lot by media or blog Twitter accounts. If you publish a lot of content on your website, posting it on Twitter automatically is a priority. This way you will reach people related to your industry.

Many tools allow you to connect your Twitter account to your website's back office. As soon as you post a new article, it will be relayed to Twitter. Of course, this works with all other social networks.

3 tools to help you with your Growth on Twitter

We have seen some examples of growth hacking tactics you can implement. All these tactics are based on different objectives: increasing your visibility, acquisition, lead generation... Many of them also require automation. This is one of the main principles of Growth: you have to scale, and therefore carry out operations on a large scale. Twitter, thanks to its large audience, offers you a large number of potential targets. But if you are not comfortable with development and scripting yourself, how can you manage?

It's very simple: many tools today offer features that will allow you to work on your Growth Hacking on Twitter. Here we will introduce you to some of them.

Plan your publication with Hootsuit

Hootsuit is a well-known digital marketing tool. Thanks to its integrated editorial planner, you can automatically publish all your new content on all your social networks. This does not stop at Twitter of course.

Hootsuit has thought of everything: from the interface of this tool, you will also be able to reply to your users, either through tweets or direct messages.

Identify influencers & topics that are important to your industry

Bluenod is a tool that will allow you to map the KOLs, the Key Opinion Leaders. These are influencers or important accounts on specific subjects. Thanks to the tool, get the URLs of important accounts, and work around their followers: you can very easily build large databases to prospect thanks to Twitter.

Bluenod also proposes to analyse hashtags and trends on Twitter to allow you to quickly position yourself on those that are strategic for you. An excellent tool for the Growh Hack on Twitter!

We talked about it : to get new followers, you have to be noticed. Twitfow allows you to enter key terms or phrases and will automate the interaction with users who post on these subjects.

When a user publishes a tweet with your keyword, Twitfox will bookmark it, add the account to your followed accounts or retweet it, as you wish. Very efficient, the tool will ask you nothing more than to connect your Twitter account and enter the keywords you want to target. It couldn't be easier!

You want to start Growth Hacking on Twitter but you don't know where to start? Don't panic! At GrowthYouNeed, we specialise in Growth Marketing and Growth Hacking. We help our clients with their growth issues on a daily basis and we'll be happy to help you with yours.

Do not hesitate to contact us to tell us about your needs. A consultant will get back to you, to discuss solutions with you.

Get your Hacking plan 100% free!
Thank you! Your submission has been received!
Oops! Something went wrong while submitting the form.
YOUR FREE QUOTE
Related articles

4 Growth Hacking techniques to boost your growth in 2021

Growth Hacking outsourcing: how to choose your partner

Growth Marketing Agency: how to choose your agency?

What impact will IOS14 have on your Growth Marketing strategy?

What is scraping, and why use it in a Growth Hacking strategy?

What is Growth Hacking and is there a definition?

How to make a Growth Hacking Linkedin strategy?

How to choose your Growth Hacking agency?

Growth Hacking: Portrait of a Growth Hacker
Ready for a call?
Click on the button below to book an appointment with one of our experts. Tell us about your project so that we can provide you with a strategy and a quote in no time.
BOOK A CALL
Oops! Something went wrong while submitting the form.